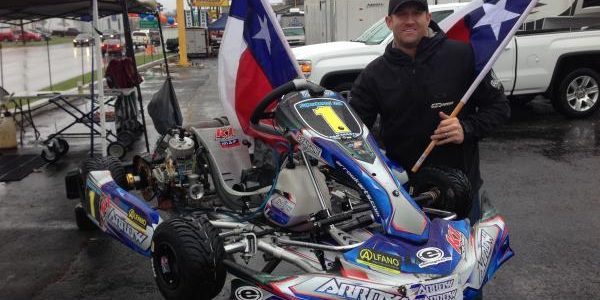 It wasn’t the show we expected to see, as it was nearly a match of the TaG Senior performance put in by Scott Falcone (Arrow). He and Robby Mott (Corsa) led the field to the green flag, with the top two pulling away early in the opening lap. That was until they exited the hairpin turn and Mott’s engine lost power. Unable to get the onboard starter to work, his race was done. Falcone piloted his KartSport North America entry forward, posting laps three seconds quicker than any other driver to win his second victory by more than 38 seconds. Scott Greiner (Italkart) was second for much of the race until he was run down by a charging Mathew Souza (CRG), starting dead last. Grenier settled for third, with Kurt Fisher (CRG) coming from 16th to fourth and Paul Jones completing the top-five.