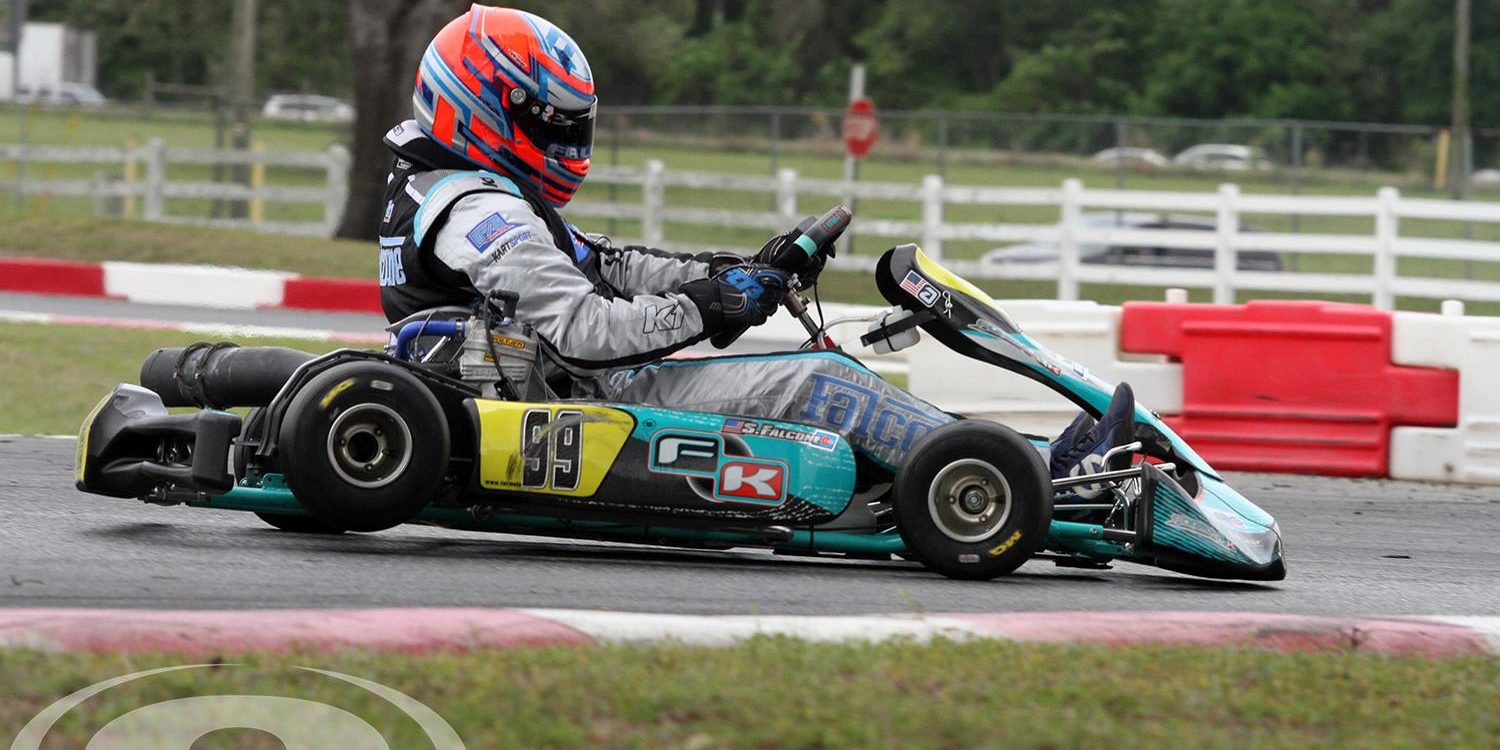 X30 Masters made its return back to the USPKS program, after running as one of the inaugural categories with the Leopard engine. The day was a duel between Jonathan Silva and Scott Roberts. Silva (FW / CompKart) set fast time in qualifying and led the majority of the heat races. That was until Roberts (OGP / Tony Kart) took the lead and the win both times. Starting on the front row for the Final, the two only made it to turn one before contact took them both out of the race. This was a big gift for Scott Speed. The former F1, NASCAR driver now multiple champion in the Red Bull Global Rallycross returned to his roots, jumping in a SCR / Tony Kart with zero practice on Friday. Qualifying fifth, he worked his way up to the third by Heat #2. When the two leaders pushed off in turn one, that was all Speed needed, leading all 22 laps for his first USPKS victory in his first race in the Masters category. Danny Robertson (OGP / Tony Kart) ran second but suffered a four-position penalty for a bumper issue. That promoted Scott Falcone (KSNA / Formula K) to the second step of the podium and Rob Maier (Tony Kart) to third. When the other penalties were all handed out, Brian McEvoy (FMS / Merlin) ended up fourth with Kim Carapellatti (CompKart) in fifth.