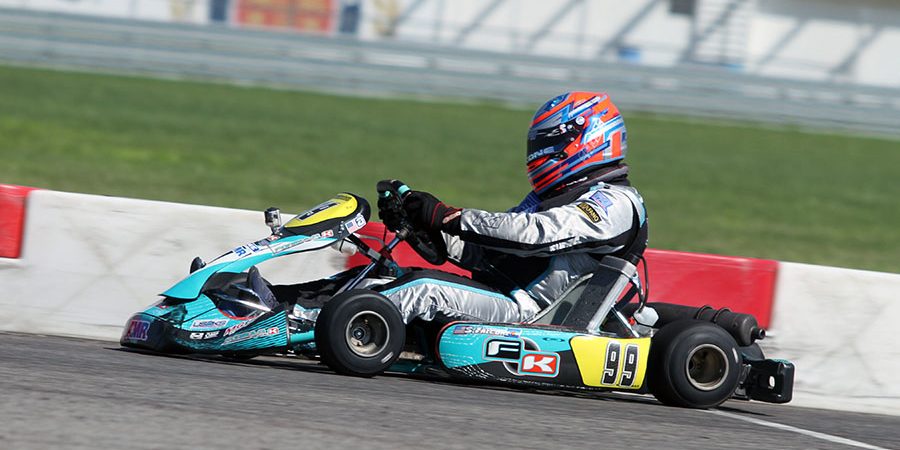 Scott Falcone dominated the weekend in the TaG Masters division for his first ‘Brick’. Falcone went wire-to-wire from Friday qualifying to the final checkered flag, earning the victory by 4.7 seconds aboard his KartSport North America Formula K machine. Christopher Rock (Swiss Hutless) had to come from the tail of the 15-driver field in the Final after a broken reed put him on the sidelines in the Prefinal. Making quick work of the field, Rock ended up second with Michael Burton (Margay) completing the podium in third. Brian Benedict (Energy) and Don Guilbeault (DR Kart) rounded out the top-five.